History of the company begins in 1906. In this year an entrepreneur Barok decided, taking into consideration the good strategic position of Filakovo, to establish a company Barok and Co. and build a factory that would produce and enamel pots and pans.

First enameled products left the factory in 1908. In this period the factory consisted of 250 employees. The rival companies managed to put the new factory on hold for 10 months and thus the company became a property of a bank in Budapest. This ensured enough financial support for an expansion of produced products range.
In 1911 a foundry was build and by the end of the following year the construction of the new zinc works was finished. The number of employees rose to 700. The emblem of a rooster started to spread the glitter of the sedulity of workmen in Filakovo.
The WWI considerably affected the range of products. The production was switched to military contracts.
In the first year after the end of WWI the factory was passed from Hungarian foreign fund to the Czech.
In 1921 the company was named „Fiľakovská továrna na smaltované nádobí, kovové zboží a zlévárna“. The years 1920 and 1921 were marked by the postwar economic recession. Due to production vacancies workers were dismissed and the zinc and oven production were cancelled. In subsequent years the factory was operating continuously. 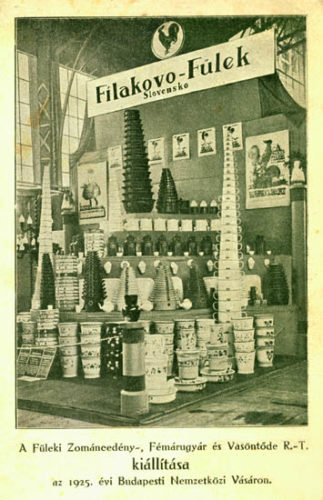 On the 31st December 1927 the factory was bought by a stock corporation from Prague called Sfinx and the company obtained a new name: „Fiľakovská továreň na smaltovaný tovar SFINX, a. s. Praha“. It was a part of this corporation until 1939. 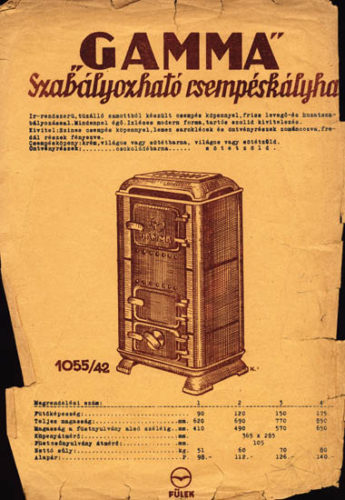 The factory received a great number of orders from abroad, mainly for decorative pots of which the daily load was one wagon load. Despite the fact that in 1928 and 1929 the impendent great depression was perceivable the factory in Filakovo expanded the production and increased the number of employees to 1400.
On the 13th September 1930 T. G. Masaryk visited the factory.

In 1932 the factory was expanded with a wood processing plant.
In 1933 the management of the company considered the closing of the production in Fiľakovo, disassemble the equipment and move it to Most in Czech Republic. As the reason they cited high transporting cost and that the most of the production goes to Czech Republic and Moravia. All workers stood up against this decision. Under this pressure the management chose to keep the factory henceforth in Fiľakovo and requisitioned from the state a reduction of transport prices by 33%. The company expanded the production with chrome products, plumbing fittings, bathroom stoves, galvanized bathtubs, gas and steam valves and fittings.
In 1934 the number of employees reached 2000.
The year 1935 was marked with military contracts and preparations for the WWII.
In 1938 on the 27th July 70% of the buildings were destroyed by a fire. 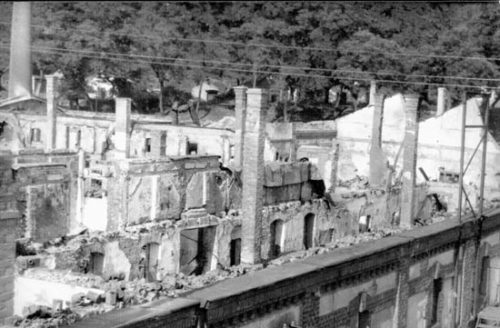 The management of Sfinx was compensated by the insurance company but the full restoration of the original double floored workshops was due to lack of funds not possible.
In 1939 after fascism arose to power after a Munich dictation the factory became a part of the Magyar Királyi Állami Vas – acél és gépgyárak and was named Füleki zománc-edény – Fémárúgyár és Vasöntöde.
The production increased as the Hungarian market literally flooded the factory with orders.
The year 1940 was marked by WWII. This was reflected by the production program.
Between 1941 and 1942 the military contracts exceeded the civil production.
In 1943 – 1944 there was a massive increase of military deliveries. The number of employees reaches 4400. In December 1944 the fascists command to dismantle the essential machines and equipment for their transfer to Germany. An underground movement established to save the factory hid the important machines and the wagons were loaded with worthless but same looking metal parts from scrap material.
After Fiľakovo was liberated the production started in a couple of days. The first name of the company was „Fiľakovské priemyselné závody a. s.“, that after the nationalization in 1945 was changed to „Slovenské závody na smaltovaný a železný tovar, n. p.“. The range of products was extensive and the number of employees reaches 4000.
On the 1stJuly 1946 the wood processing plant separated and a new individual factory named „Drevoindustria“, later „Mier“ is established. In the Kovo part of the factory 2500 people persevere.
In 1948 after the reorganization of the Czechoslovakian industry a national enterprise with the name „Kovosmalt“ was established. The factory was a part of the Ministry of general engineering.
In 1958 the president awarded the factory with the Order of the republic for the outstanding effort in building of Czechoslovakia.
In 1982 the company was included in the association called Kovový tovar in Trnava (SR). After a further reorganization of the Czechoslovak industry it became a part of the manufacture and economic union called Omnia in Bratislava (SR).

After regime change in 1992 the production of cooking and heating appliances was passed to a corporate company T+O Výroba, s. r. o., which was a shared company of THORMA and Omnia.
In 1994 after Omnia retired from the company THORMASMALT, s. r. o. is established.
In 1stJuly 1998 finally the manufacturing part of the company becomes a limited partnership THORMA Výroba, k.s.
In 2000 THORMA Výroba, k. s., introduced a quality management system EN ISO 9002, which was since 2003 adjusted to the requirements of EN ISO 9001:2000.
Since 2002 an environmental system is in place due to EN ISO 14001.

Have a questions?
Ask us, we will be happy to answer you.
Manage your cookie acceptance
We use technologies such as cookies to store and / or access device information to provide the best experience. Consent to these technologies will allow us to process data such as browsing behavior or unique IDs on this site. Disagreement or withdrawal of consent may adversely affect certain features and functions.
Manage options Manage services Manage vendors Read more about these purposes
Show preferences
{title} {title} {title}